The interest towards subjects related to East Asia and, particularly Japan, has increased during the last years in Spain both in scientific or scholar fields and the general public. Since the 90´s, important cultural institutions and scholar centres devoted to East Asia have been created in our country; new degrees and subjects about Japan have been introduced in the academic courses of different Spanish universities and, in the same way, several research groups and projects have been generated. However, and despite all these advances, we are still far away from the situation of Japanese studies abroad, because other European and American countries count on an older tradition in this subject. 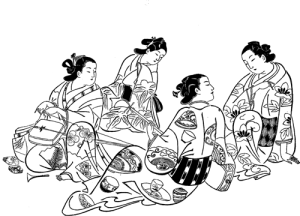 A monograph from Artigrama magazine, titled The Far Eastern Art Collecting in Spain published in 2003 and edited by Elena Barlés and David Almazán is the unique and valuable state of the art about Japanese art collections in our country, this monograph was presented in the 15th Annual Conference of the European Association of Japanese Resource Specialists, held in Salamanca in 2004. This state of the art makes evident that the private and public collections of Japanese art in Spain do not have the magnitude as other European or American similar collections since they show irregularities in contents and quality but they have a huge historic and aesthetic interest considered as a whole. We can even find some exceptional art objects. Unfortunately collecting Japanese art in Spain had not been studied in depth.

As a result of this situation, professor Elena Barlés created in 2004 the research group Japan and Spain: relationships through art (www.unizar.es/jye) with the purpose to study the presence, collecting and impact of Japanese art in Spain. The team includes the main specialists on Japanese art in Spain; a group of Professors and researchers from a number of universities with extensive professional experience in the different areas of Japanese art. Their members are Dr. Elena Barlés, principal investigator and coordinator, (ebarles@unizar.es , Zaragoza University) and Dr. David Almazán (almazan@unizar.es, Zaragoza University); Dr. Pilar Cabañas (pcabanas@ghis.ucm.es Complutense University of Madrid); Dr. Yayoi Kawamura (kawamura@uniovi.es, Oviedo University); Professor Muriel Gómez (mgomezpr@uoc.edu, University Oberta de Catalunya). Finally, mention must be made of the presence of Fernando García Gutiérrez (fgg@probesi.org), pioneer of the Spanish studies of Japanese art and with a wide experience in Japanese universities. The team has also incorporated a group of young researchers who are opening up new lines of investigation. In our opinion, the geographical diversity of these centres, as well as the different specialization in such diverse aspects of Japanese art, allows this group to share experiences, knowledge and traditions.

The results of research projects have been diffused through printed publications and the presentation of papers in conferences nationals and internationals as well as by the group’s website and by the means of organizing exhibitions, seminars and courses (transfer of knowledge) and specialised conferences. For our research group has been very important: promotion and international projection of research, the cooperation with other consolidated national and international groups, the impulse of young researchers’ work. we hope this project settles an open, good and clear friendship with students and researchers in Europe and Japan, practicing the exchange on different knowledge, methods and experiences. 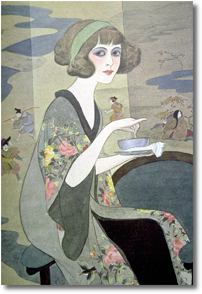 The purpose of this project is to continue and extend the work developed by the applicant group in previous research phases within the field of study of the presence and impact of Japanese art in Spain. In the course of the research we have been able to document the existence of a considerable number of individuals and institutions who, in different historical moments, were key actors in the development of this collectionism in Spain. On the one hand, we have found individuals and institutions that contributed to the arrival of Japanese pieces to our country, as well as their distribution throughout our geography (merchants, traders and dealers, commercial companies, religious orders, and other agents such as specialized stores, warehouses, shops, galleries, antique dealers, auction houses, fairs etc.). Also, we have observed the importance of a number of writers (travelers, traders, missionaries, journalists, writers, scholars, critics, professors, researchers and experts) who reported in their texts the knowledge of culture and art of Japan in Spain, cornerstone of the development of collectionism. Finally, we have been able to perceive the consequences of the presence of Japanese objects in our country. Part of the Spanish collectors were artists who perceived in their creation the influence of Japanese art, while other authors, not strictly collectors as the formers, also expressed in their artistic works the impact of this art, which they were to know by different ways. So, with the aim to clarificate the reality of the presence and impact of Japanese art in Spain, we propose as objectives of the project to establish the list of all these “actors” and protagonists and to study their personalities or nature as well as their activities. 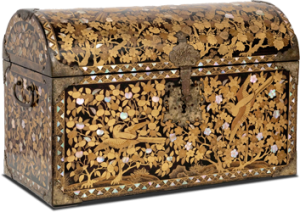 The aim of this project was to continue and broaden the work done by the applicant group in previous stages of research within the field of study of the presence of Japanese art in Spain.
In the course of our researches, we have documented the fact that most of the Japanese collections in the public and private museums and institutions of our country have been founded upon bequests and donations made by private collectors, either Spanish or resident in Spain, who, from the Modern Age to the present, in accordance with the tastes, fashions, contexts and possibilities of each moment in history, and through various modes of acquisition, have accumulated numerous objects of art from Japan, some of which are works of extraordinary quality and interest.

Unfortunately, very little is known either about the personality of these Spanish collectors who have entrusted their works of art to institutions or about those others whose collections have remained in the private sphere. However, a knowledge of the collecting of Japanese art by these private individuals, kings, nobles, members of religious orders, wealthy citizens, businessmen, merchants, journalists, writers and art critics, scholars, scientists, diplomats, politicians, military officers, travellers and artists is absolutely essential for an understanding of the presence of Japanese art in our country. We should take into consideration on the one hand that the singular interests of these individuals constitute a clear reflection of the evolution of tastes, of how and why Japanese art seduced or fascinated our compatriots, as well as of the different ways in which it has been appreciated over the course of the years. On the other hand, it is the product of the varying cultural contexts and of the different political, social, economic and commercial circumstances (both in general and specifically in Spain) that at any given moment have determined the ability of the collectors to undertake their task of bringing together works of art from such a “distant” culture.

Accordingly, given the interest of the topic and the existing gaps in research, we proposed the following as the objectives of our project: 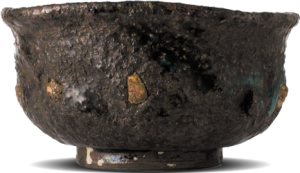 The aims of this research project was: 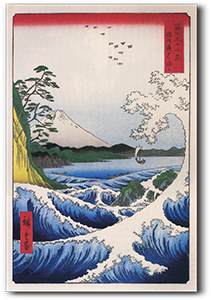 The objectives of this research project was:

Relevant publications of the research team

The results of the research have been published in the form of books, book chapters, articles in specialized journals and online digital format. Participation in national and international congresses has been strengthened to project and to promote our research outside our borders

The exhibitions have been an essential way to bring the general public closer to the results of the research. Different exhibitions related to our subject of study have been carried out with their catalogs in which the fruits of the work carried out in the framework of R & D projects have come to light. In order to carry out the exhibitions, it has been necessary to involve, collaborate and finance Spanish and Japanese companies and cultural institutions.

Experience in the organization of conferences, seminars and workshop

One of the purposes of our team is to coordinate actions with other related research groups, both national and international, favoring interaction, the dissemination of ideas and the adoption of shared objectives and models that favor scientific development. Collaborations have also been established with different institutions.

Collaboration with other research teams and institutions

One of the purposes of our team is to coordinate actions with other related research groups, both national and international, favoring interaction, the dissemination of ideas and the adoption of shared objectives and models that favor scientific development. Collaborations have also been established with different institutions.

The research stay in other national and foreign centers has been strengthened in order to train our fellows, enrich the perspectives of the group members and establish contact with other academic institutions and research teams

The research group Japan and Spain: relationships through art aims to study the presence, collecting and impact of Japanese art in Spain. It is important to ensure the future development of this line of research through the training of young researchers. Our team is perfectly qualified to provide specialized knowledge and methodologically guide pre and post doctoral scholarship holder to carry out their own research in the field of study of the presence and impact of Japanese art in Spain. The members of the group have a long professional trajectory and experience as university professors and as directors of research works (Master’s thesis, and doctoral theses), as well as a long history as researchers in the field. The group has also developed meaningful and intensive tasks of formation, always maintaining high pedagogic standards in graduate and postgraduate studies. The experience of the scholarship holder will be very rich since he will have to face problems and phenomena of very different nature and will provide a unique opportunity to introduce himself in the specificities of Japanese art and its presence in Spain.

The training plan is something that scholarship holder should discuss and agree with their supervisory team. The supervisors will want to ensure that your training plan fits in with your overall work plan and that any immediate training needs are addressed as soon as possible.

The development of the research will also be evaluated by external experts from research centers and international universities The training plan will reflect their skills needs over your research as well as your longer-term personal and professional development goals.

A schedule corresponding to the years of enjoyment of the scholarship will be established. The phases of the preparation of the doctoral thesis (international mention) / monographic studies will be: Search, compilation, analysis and study of the bibliography related to the subject and of the documentary sources, field work, interpretation of the data and writing of the doctoral thesis / monographic studies.

The scholarship holder will carry out a program of complementary activities: learning Japanese and English languages (obtaining official degrees); attendance at seminars, courses, conferences, symposiums or research forums (national and international- specialized on their subject of research) and on techniques and new technologies applied to research; presentation of communications in conferences, symposiums or research forums (especially international) and publication of articles in specialized and impact journals.

In the case of postdoctoral scholarship holder, they will define the specific and brief stays that are considered appropriate for the development of the research.
The scholarship holder carry out collaborative tasks in the R & D project of the research team. They will participate in the organization of activities promoted by the group: exhibitions, seminars, courses, workshops, conferences, conference panels, etc. In the case of postdoctoral fellows, they will develop activities related to the Master’ in Advanced Studies in History of Art. (University of Zaragoza).

MAIN MUSEUMS AND INSTITUTIONS WITH JAPANESE ART COLLECTIONS IN SPAIN

COLLECTORS OF JAPANESE ART IN SPAIN